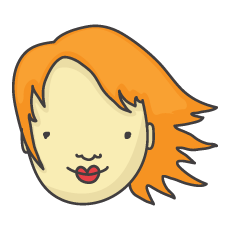 If you're injured in a car accident that another d …

If you own a vehicle, future car accidents are a f …

You can explore several legal options when pursuin …

While it is a dreadful thought, driving on the hig …

Vehicle accidents can create many problems for victims, but a settlement can be a great problem solver. If you, like most victims, want to be paid as soon as possible, a settlement can do that for you. Read below and find out how certain accident milestones can mean a settlement is about to become reality.

The Benefits of a Settlement

After you have been hurt in a car accident, the at-fault driver probably owes you money for your damages. Depending on the seriousness of your injuries, the insurer for the other driver may not offer you enough to cover things like pain and suffering and lost wages. However, working with a personal injury lawyer could result in a settlement offer that does cover your needs. Settlements can take place quickly and they tend to be less stressful on victims that have already been through so much. They also cost less than taking a case to court since a settlement—though a legal document—does not require the approval of a judge.

After you speak to a personal injury lawyer, they may send the other side a demand letter. This letter spells out what you deserve to be paid and why. It also threatens to take the at-fault driver and their insurance company to court if they don't agree to settle. This can open negotiations between the parties that may result in an agreement that satisfies both sides, but not always.

You File a Lawsuit

Rather than just a threat, the suit becomes a reality. The other side knows you are not bluffing and that they will need to begin preparing a court case. Since this is a costly and time-consuming turn of events, you may get an offer that is more in line with your demand at this point.

Discovery might be the first time the other side sees the full scope of evidence they will face in court and that could prompt yet another offer to settle the case. One discovery practice in particular could convince the other side that they need to settle the case. The deposition places you, the victim, in the spotlight as you give testimony about the ways the accident has affected you. Convincing and likable plaintiffs are not what the other side wants to see take the witness stand.

You can still be offered a great settlement when court begins and all the way up to the reading of the verdict. To learn more about your settlement opportunities, speak to an auto accident lawyer.